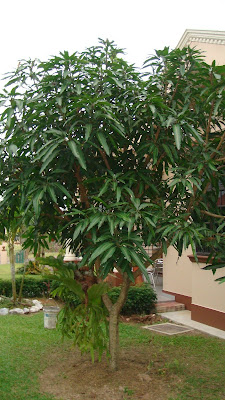 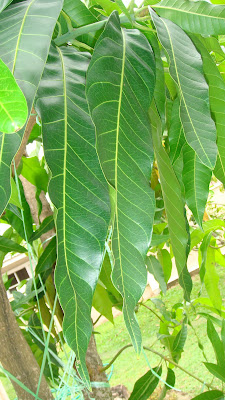 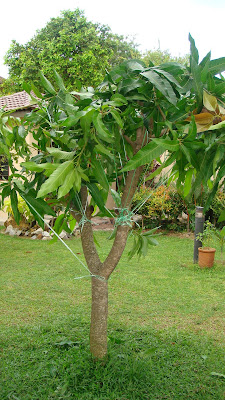 Asalamualaikum...
All I can say is, you have done amazingly on your 'Belalai Gajah' :)

Temuk, My advice as for wedding if possible do not do it at your home. The main reason is that folks would just come and go. Exchanged greeting and eat; mostly in a hurry because the space are needed for the other guests.

The Wedding Reception is supposed to be a ceremonial occasion with the pomp and splendor. At a dewan folks would get to meet friends, exchange notes and enjoy the evening. As you have experiences the mess left behind if done at home is a headache.

As for plants, it is a living species, thus it need to be nurture with love. You just do not cut but instead trim it with care and it would grow back. But it would never be the same again.

Well, that is life. Have a nice day and take care.

Pak Idrus
Thank you for the advice. I wanted to have my daughter's wedding reception at one of the halls in Putrajaya. But she didn't like the idea of having it outside at all. Whatever it is, fortunately (or unfortunately?), there will be no more wedding, since all my children are already married. Pak Idrus, bagaimana? Salam.

Temuk, thanks. Well, My youngest daughter is yet... Anyway we now have five grandchildren, two are in college now. Life have been great.

BTW regarding the Moth in my blog a visitor, an expert on these things has posted valuable information on that wonderful insect. Do have a look.

Have a nice day and take care.

Pak Idrus
Forgot to thank you for the advice and nice things you said about nurturing plants. With the kind of "socialisation" that I have done, I hope my Belalai Gajah will not grow tall or move upward. I can guarentee you that it will always get my loving care. I can't remember how many times I said "maaf" to Belalai Gajah on the day I had to trim its branches. Salam.

Temuk, thanks. One of my grandson at that time was just 11 years old ask me whether I know which is the largest species on the planet and when I could not give a quick answer he hinted that without it we would not be here. At last I gave up and he say Atuk it is the Plants. It gives us the oxygen. How true. A eleven years old tell his grandpa that.

Well for you information I have always love plants, the greens and kept telling others that we must give due respect to it for like my grand kids say it provide us with the very important element for our survival, the oxygen. Nurturing it with love always goes a long way of getting a beautiful plants always.

Like you I kept saying sorry if ever I have to cut or removed it. Well, Temok let us pass on this little bit of wisdom to our kids and grand kids. Take care.

It's Ok that now the feast is over & that your mango plant is doing just fine. once i had to chop my mango plant too in order to give way for my house renovation!

Salam. with your utmost TLC (tender loving care) your belalai gajah needs no more fertilizer. The plant seems very healthy to me. Look at the beautiful shoots! With time, the plant will bear heavenly fruits for all to cherish upon.

Salam Cikgu Zainab
Hope you don't have to chop any of your plants again in future. Tapi kalau perlu nak buat camana, kan? I renovated my house 3 times until I found it to be too big for the family! I gladly (!) sold it, 10 years ago. Terkenang: pokok2 hilang, RM merusut, tension & letih. Geli hati bila ingat2 balik.

Temuk,
You did a severe pruning of your mango tree. Now you can continue to prune the tree with the aim of training it to become a dwarf tree with more spreading branches for ease of management and to prevent the tree from overgrowing and become a threat to your house.
Any complete fertilizer will help to make your mango tree grow well but I always prefer organic manure for my plants.

Salam Pak Zawi
Sorry for my late response. Thank you so much for your advice, and I really appreciate that. By now the 'dwarf' seems to be getting on fine. The leaves are dark green & I can see the plant showing off its first bunch of flowers that I hope will 'lekat' though there is plenty of rain here now. I will try to get some organic manure for the plant, after all the baja kimia is used up. Thanks again. 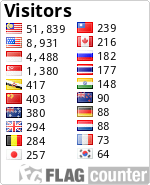