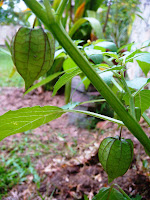 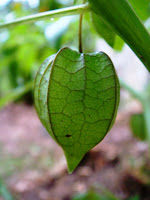 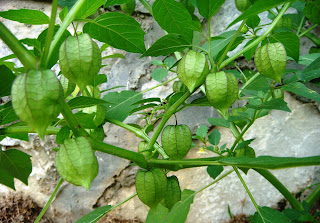 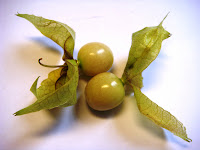 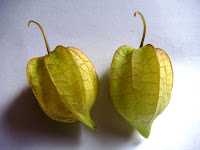 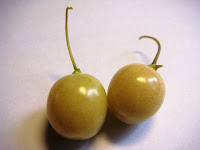 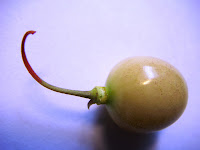 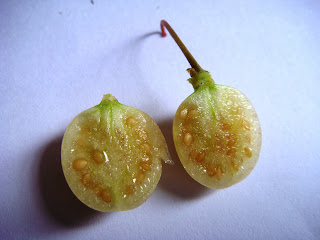 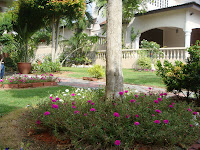 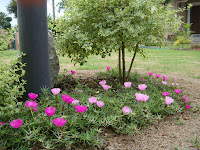 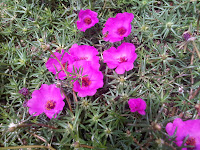 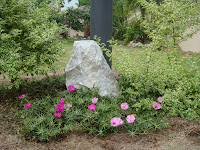 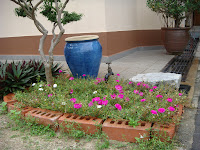 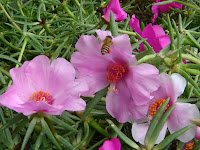 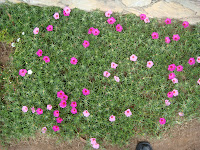 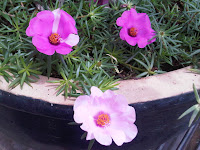 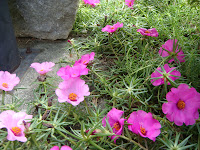 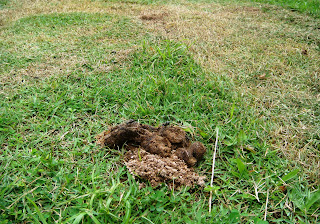 WE HAVE TO DO A LITTLE BIT OF SCOLDING AS WELL ...

I do believe that we have to communicate with the plants that we grow. We have to be intimate with them. We need to greet them often, talk to them, protect them from all the unkind pests,
water them well, and of course, feed them with the necessary fertilizers.
By taking good care of the plants, we can expect them to grow well, with plenty of flowers, and lots of fruits. But, what if our plants show good growth, yet passive? For example, by lying dormant, hibernating - but no buds, no flowers, no fruits? I believe that such plants should also be given a little bit of scolding! We should in fact 'publicize' our scolding, on the internet, for instance. That would have far reaching effects on them.
In my recent entry (mid July 2010), “WAHAI KERA .... DI MANA PERIUK-PERIUKMU?” ,
I indicated that I was rather disappointed with my periuk kera (pitcher plant) for being so complacent.
I was upset, then, that despite the loving and tender care that I had been giving her,
she was not able to produce the pitchers that I had been waiting for.
She only managed to produce two bunches of flowers. But not even one single pitcher (pics below)!

(Later, however, I was made to realize by Adry -  http://adrydaud.blogspot.com/ - that I was actually very lucky to
be able to catch sight of those beautiful rare flowers!).
My poor periuk kera must have been feeling awful, realizing that the whole world had in fact
seen her growing so healthy, yet “pitcherless”! As such, within the last three months or so,
she must have been working herself to death to produce her first ever periuk which I happened
to notice last week (Much earlier, she had in fact developed a new bunch of flowers).
Wow, what a surprise - this time, a lovely bunch of flowers accompanied by a brand new periuk!
I could also see that more periuk would follow suit. InsyaAllah. 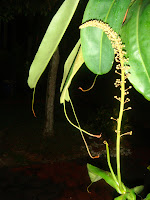 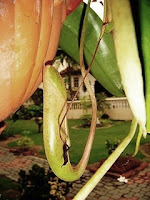 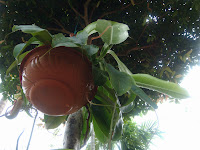 So, folks, in nurturing your plants, by all means, show your love and affection to them.
But, at times, you do have to scold them as well. Or else your plants might forever
remain passive in their comfort zone and prefer to play the role of a "laggard", never as one
that is active or pro-active. Your plants too might forever feel conceited because of the
special and loving care that you have been giving them.
Posted by Temuk at Tuesday, October 05, 2010 24 comments: